Read about our COVID-19 Prevention Protocols

Read about our COVID-19 Prevention Protocols

Where can you find inspiration, instruction, and community for your congregation’s handbell choir? Lutheridge’s Handbell Retreats have the answer!

Tucked away in the mountains of Asheville, NC,  renowned handbell instructors gather to lead the Lutheridge Handbell Retreats. Each weekend features an Intermediate and an Advanced track; From beginners to old pros, all levels of experience are invited to join. This experience has been the centerpiece for many great choirs for many years; Your choir will leave the retreat prepared with beautiful pieces of music to share with the world for the rest of the year. Program leaders from Lutheridge will lead devotions and worship during your stay. Your choir will have an experience which doesn’t just teach music but forms you as a witness to God’s love through music.

Where can you find inspiration, instruction, and community for your congregation’s handbell choir? Lutheridge’s Handbell Retreats have the answer!

Tucked away in the mountains of Asheville, NC,  renowned handbell instructors gather to lead the Lutheridge Handbell Retreats. Each weekend features an Intermediate and an Advanced track; From beginners to old pros, all levels of experience are invited to join. This experience has been the centerpiece for many great choirs for many years; Your choir will leave the retreat prepared with beautiful pieces of music to share with the world for the rest of the year. Program leaders from Lutheridge will lead devotions and worship during your stay. Your choir will have an experience which doesn’t just teach music but forms you as a witness to God’s love through music. 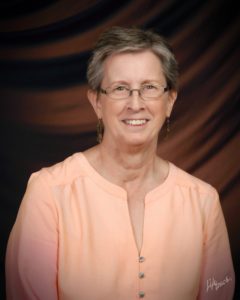 Karen Buckwalter, a distinguished organist, pianist and composer, served as a full time Minister of Music for 37 years in Hanover, PA. From 2002 until retiring in 2014, she served as Associate Minister of Music at St. Matthew Lutheran Church in Hanover, where she was privileged to play a 238 rank Austin organ, one of the 10 largest pipe organs in the world.
Ms. Buckwalter is a 1974 graduate of Westminster Choir College in Princeton, NJ. and a 1977 graduate of The Curtis Institute of Music in Philadelphia, where she earned the prestigious Artists Diploma in Organ Performance. In 2005, she returned to the classroom at the Lutheran Theological Seminary at Gettysburg, PA and was commissioned as an ELCA Deacon.
Internationally known in the field of handbell composition, Mrs. Buckwalter now has over 100 handbell/choral compositions in print. She has earned enthusiastic praise for her creative compositions, her colorful harmonies and her use of chromatics that have raised the musicality in handbell music as a genre. Sought after as a handbell conductor/clinician for workshops and festivals throughout the US, her works have been performed and recorded in the United States, England, France, Estonia and Japan.
Now, in “retirement,” Ms. Buckwalter continues her work as a conductor and composer and enjoys playing her 38 string lever harp. 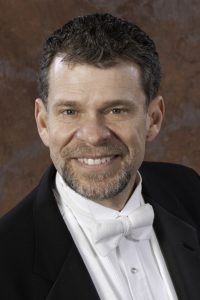 David M. Harris is in his 33nd season as the music director of The Raleigh Ringers, an internationally-recognized touring handbell ensemble based in Raleigh, NC. David was instrumental in the formation of this auditioned choir in 1990. Under his leadership, The Raleigh Ringers have performed in France and England; on International Television on the “Hour of Power” program; as a showcase choir for the Handbell Musicians of America National Seminar and Area Festivals; with the North Carolina and Virginia Symphony Orchestras; and as special guest performers at the Chautauqua Institution in Chautauqua, New York. The Raleigh Ringers are in constant demand as featured guest performers for various artist series and handbell festivals around the country.
The Raleigh Ringers have premiered hundreds of handbell compositions by nationally-known handbell composers including William Payn, Hart Morris, Arnold Sherman, Karen Buckwalter, Kevin McChesney, Cathy Moklebust, Bill Griffin, and Fred Gramann. The group has worked with Jeffers Publications to produce “The Raleigh Ringers Series”, a set of handbell publications intended for advanced choirs. To date, The Raleigh Ringers have released seven very popular CDs and two full-length DVDs. Both DVDs have been featured in PBS Holiday specials syndicated across 250+ PBS stations and affiliates in 45 states. The Raleigh Ringers also record demonstration music several times a year for some of the largest handbell publishers.
David is a graduate of The Pennsylvania State University and has studied conducting privately with Dr. William A. Payn (Bucknell University). He has served The Handbell Musicians of America in several capacities: as All-Star Conductor, Ringing Track Conductor and Instructor for the National Seminar; as clinician for numerous Local and Area Festivals and Workshops; as North Carolina State Chairman; and as Area III Treasurer. Because of his strong interest in the development of community handbell programs, David served as chairman for the first ever Handbell Musicians-sponsored event for community ringers entitled, “Pinnacle 2000”, held in Las Vegas. David and The Raleigh Ringers developed and sponsor the biennual event, “Virtuoso”, a performance-focused event for advanced ringers. In addition, David has led handbell festivals and workshops in 37 states as well as in England, Puerto Rico, Canada and the Caribbean. He has also been the primary handbell clinician for several denominational music events, including Montreat (NC), Lake Junaluska (NC), Lutheridge (NC), Mo-Ranch (TX) and Massanetta (VA). David is also one of the co-founders of the very successful Capital Area Handbell Festival, held annually in Raleigh. He has written several articles for Overtones, the national publication of The Handbell Musicians of America. 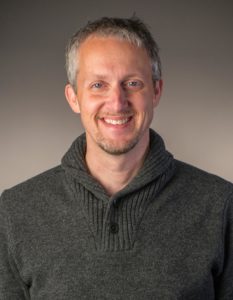 Brian Childers is an accomplished composer, conductor, and clinician. His choral, instrumental, and handbell works are performed throughout the world. He is in demand as a featured clinician at music conferences and workshops across the nation. In 2019, he was named Music Advisor for Handbell Musicians of America, a position designed to promote the great music in the AGEHR Catalogue.

Brian earned the Bachelor of Music degree in piano performance from Appalachian State University and the master of divinity degree in church music from the M. Christopher White School of Divinity at Gardner-Webb University. From 2012 -2015 he served as Artistic Director of the Queen City Ringers, a Community Handbell Ensemble based in Charlotte, NC. He has served churches throughout the Southeast, building vibrant programs for choirs, handbells and instrumentalists at each. He is married to Keely Childers, a professional counselor and has two adult children, Hannah and Spencer, both of who served as drum majors in their respective high school and college marching bands. Brian is an avid runner and a rabid fan of the San Antonio Spurs.

Brian accepts commissions in the concert band, choral, handbell and piano genres. He enjoys partnering with others in creating and shaping music that is meaningful, expressive and timely. His first book, “Ringing Deeply” a devotional book for directors, and ringers has been received with strong reviews and is now in its second printing. You can learn more about “Ringing Deeply” and Brian’s compositions and conducting schedule at BrianChilders.org 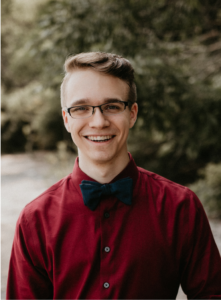 Matthew Compton, a native of Colorado Springs, has been composing, arranging, and conducting music for handbells since 2007 when he was in the eighth grade. He had his first composition published at the age of fifteen, making him one of the youngest published handbell composers.

Matthew graduated from Concordia University Wisconsin with a Bachelor of Arts degree in Music with an emphasis in Composition and Conducting. Based out of Vancouver, Washington now, he is the music director of the Bells of the Cascades in Portland, Oregon, Director of Music Ministries at Salmon Creek Church in Vancouver. In addition to being a guest clinician at handbell festivals across the country, his music is frequently used at local and national handbell festivals, like the Bay View Week of Handbells and Distinctly Bronze East and West.

He has been the recipient of the Donald E. Allured Composition Award. In his limited spare time, Matthew can be found streaming a variety of games and music performances on Twitch, going hiking, or enjoying any number of movies, anime, or tv shows!

Lutheridge offers an abundance of meeting spaces, comfortable accommodations, great activities and beautiful scenery. Book your next retreat, conference or family reunion with us!

Keep In Touch With Us!